If I Hadn't Gone To That RNA Conference....!

I owe a lot to the Romantic Novelist's Association.   It is a truly egalitarian and supportive organisation, where the stars of romantic fiction rub shoulders with those for whom a published novel is still just a dream.

Being a member provides access to information, friendship and a sharing of experiences. It also offers the chance to learn what's new and to network within the world of publishing. Last but not least the RNA offers a mentoring scheme for new writers who are not yet published - the NWS.  Apart from its annual award's ceremony - a very glittering occasion - and it's parties, meetings and local 'chapters', the RNA also organises a yearly conference.

When I joined the RNA - so long ago I can't actually remember the year - I was already published, but my publisher had gone out of business. I was confident I would find a new publisher soon, but in the meantime I would be able to keep my fingers on the pulse through my membership. The years ticked by. The RNA became my only contact with publishing, other than the letters, submissions and ultimately emails, that winged back and forth between me and publishers, and then between me and literary agents.  Sometimes I went to the annual RNA Conference, sometimes I didn't. It depended where it was to be held and how cheerful and optimistic I was feeling when the time came to make a committment.

In 2011, e-publishing and, more particularly, the Amazon Kindle, was still a fairly new idea.  I felt I'd reached the end of the road in my attempts to find a new publisher and I decided to self-publish .

It has been a very steep learning curve and now, having been in the midst of this revolution for the past three plus year, I have reached a conclusion.  The success some have undoubtedly achieved as Indies depends not just on writing a good book.  There has to be two extra elements - an author with chutzpah and a book with clear marketability.  I have very little chutzpah and my books are complex, lacking an easy one-line summation.


Last summer I decided to attend the RNA Conference, which was being held at the Harper Adams University in Shropshire.  There I renewed my acquaintance with Hazel Cushion, head honcho of Accent Press. The rest, as they say, is history.
Within a matter of weeks I had signed on the dotted line and Accent had contracted to republish my three self-published novels. 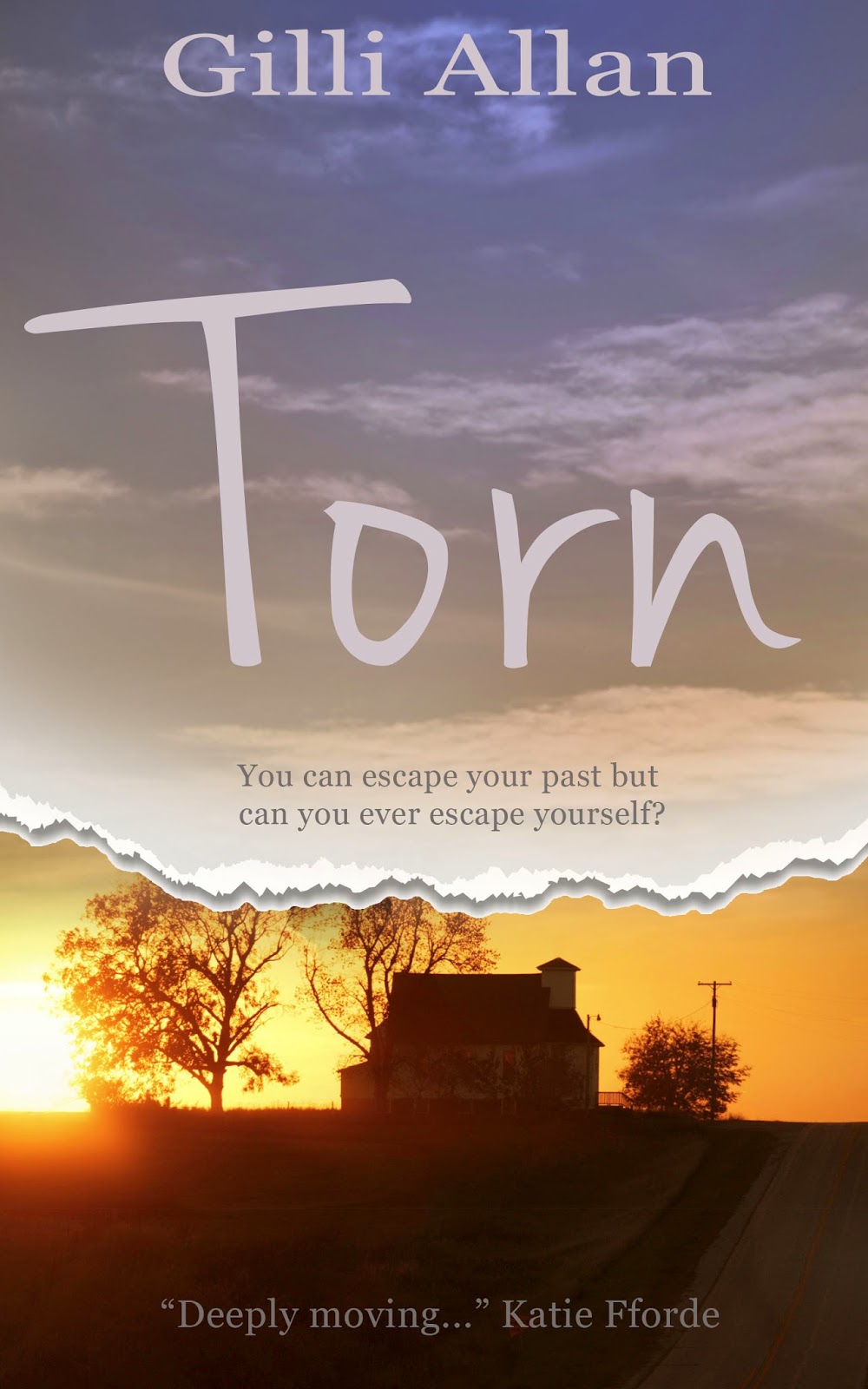 I  am so much more comfortable here, back within the fold of a "proper" publisher.  But not any old publisher.  Accent is a publisher which has already proved itself to be dynamic and innovative. Of course I will still have to get out there on social media and hawk myself and my book, but I am doing so in the knowledge that I have the back-up of  Accent and all its other authors. I am soooooooooooo glad I attended the 2014 RNA Conference. From here on in the only way is up!

I have just visited Rosemary Gemmell at her Reading and Writing Blog, where I talk about the inspiration behind TORN. I've always followed the old adage - write what you know - and the creation of TORN was no exception to this rule.  But don’t expect me to be too revelatory. There are some things best left for me to know and you to guess at.


http://ros-readingandwriting.blogspot.com
Posted by Gilli Allan at 4:22 AM

Thanks Georgina. It's been a long time coming. gx

Thanks Christina. Accepting a new cover was one of the hardest things, but I knew I had to bite the bullet. Lots of other people have said the same as you, so I am sure Accent have provided me with a winner.