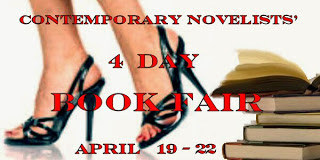 I am absolutely delighted to be part of The Contemporary Book Fair, the brain child of Francine Howarth. It lasts from the 19th - 22nd of April, and gives all those contemporary novelists taking part the opportunity to showcase their books.
I am grateful to Francine for the chance to preview a new book I have coming out in a couple of months. It is still in pre-production, so I don’t have a definite date yet. But I can tell you a little bit about it, post the opening chapters, and give you an idea of the book jacket designs I am playing around with.

To visit the The Contemporary Book Fair and all the other wonderful authors taking part in the blog-hop,  either click on the small Book Fair Logo at the top of the page or follow this link:
http://francinehowarth.blogspot.co.uk/2013/04/mycontribution-to-contemporary.html 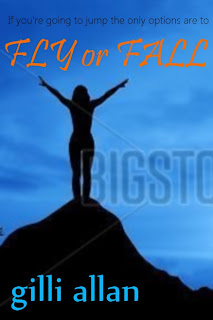 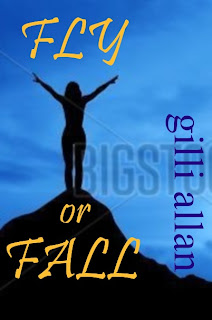 My new book is called Fly or Fall. It is about a woman, Eleanor (known as Nell), who dislikes change and has always been risk-averse. She became pregnant with twins and married young, giving up on her ambition to go to university. When the story opens, her invalid mother has not long died. This circumstance, combined with her husband’s advocacy, conspire to force a move away from London, away from her friends and her safety net.

Nell finds herself in a strange new environment, among women who have an opposite view of life to her own. She finds them materialistic and superficial. The fact they are married seems no deterrent to their having adventures and revelling in the fact.The house which Nell and her husband, Trevor, have moved into needs a lot of refurbishment. One of the men working for the building firm they engage to do the work (on and off, over a two year period), is infamous as a local Lothario. Although Nell doesn’t want to emulate her friends’ behaviour she is obscurely troubled that this man does not make a pass at her.

Throughout the drama, the ongoing ‘improvements’ to Nell’s new house can be viewed as a metaphor. Against the low-key backdrop of the financial crisis, which culminated in 2008, the story follows the dismantling of all of Nell’s certainties, her preconceptions and her moral code. Unwelcome truths about her friends, her children, her husband and herself, are gradually revealed. Ultimately Fly or Fall is a love story. By the end, when the story is brought bang up to date, Nell has rebuilt herself as a different person, a braver person, and she has embarked on a totally transformed life.

The cartoon rabbit ran straight off the edge of the cliff. He hung, apparently oblivious to his predicament, feet pedalling the empty air. There was a snigger, halfway between laughter and derision, from our twelve year old twins. Perhaps belief is everything, I thought. If you believe you’re still on the same level, that life hasn’t changed, you won’t see the void which has opened beneath your feet. And if you don’t see it, you don’t fall. Inevitably the rabbit did stop running, did look down. I felt with him the nightmare lurch of panic, the sudden plunge downwards as he dropped out of frame. The result was explosive. As the dust cleared a precisely incised, rabbit shaped crater was revealed at the foot of the cliff.