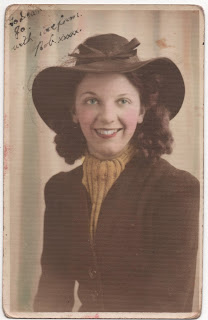 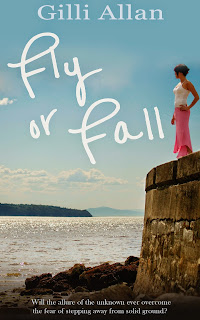 Sorry to hear your sad news, Gilli. It says a lot about the strength of character of your mother-in-law that she ate a full English breakfast the day before she died.

Congratulations on the relaunch of your lovely book.x

Deepest sympathies Gilli. A very lovely post for someone who seemed a wonderful character.xx

My sympathy to you and your husband, Gilli. Your mother-in-law sounds like a wonderful woman x

A moving post, Gilli. While offering my sympathies to you and your husband, I also feel that it's good your mother in law didn't have to endure for long. I recently lost my aunt in similar circumstances so can empathise.
And great news about your book - love the cover! The best of luck with the launch. x

Very sorry to learn of your news. It is such a sad time when someone independent and lively nears the end of their life, having to leave behind all that is familiar to go into strange surroundings, at the very time when all that is familiar is so important. She seems to have coped well and you must be grateful that she didn't linger in pain, and that she had kindness around her at the end. My condolences to your husband and family and to you who, it seems, has lost a good and treasured friend. Wishing you much success with your books and interviews. xx

Thank you everyone. It means a lot that you bothered to read and to comment. I wasn't angling for sympathy in the post, but when I came to write about my upcoming release, I couldn't ignore the very large life event that has just happened. Particularly not as Barbara was such an uncritical fan and a supporter.
Her life was remarkable, and one of these days I'll get around to posting about it.

So sorry to hear your sad news.
I'm delighted that you eventually found a publisher.
I have a traditional one from the States.However things are taking a very long time to materialise.

Do hope that I haven't made a huge mistake.

Thanks Joy, lovely to hear from you. For new writers now it's hard to know whether to self-publish or go the mainstream route. I didn't have a choice when I first started. It was before the e-revolution. But when my publisher went out of business a few years later, there was no alternative but to continue submitting to publishers and literary agents. By the time ebooks were an option I still hadn't found a new publisher, so I went 'Indie'. The deal with Accent Press came after several years on my own.
My advice, if you want it, is that the right route for the new author depends on your personality. If you're happy to take on the technical challenge (which was steep for someone like me) and you have plenty of self confidence, internet savvy, chutzpah, and resilience - and you're willing to sit at the computer all day promoting yourself - then self-publishing might suit you. Particularly if you're writing in a very marketable sub-genre.
I prefer to have a publisher behind me to take some of the burden. As a mainstream published author you still have to promote yourself and, as you've discovered, you're dependent on your publisher's timetable, but you have something to fall back on. I'm more comfortable with a publisher. Gillix

My sympathies and congratulations, Gilli.

Hi Gilli, sending you and your husband my sympathies. What a beautiful post; your mother-in-law sounds lovely.

I'm sure your book Fly or Fall will do well, wish you all the best and more with it.

Congratulations on your new book and your mother-in-law is still cheering you on! My father passed away in similar circumstances earlier this year and despite it being a blessing in many ways is still greatly missed.
Angela Britnell

A beautiful post, Gilli. It speaks to all of us who have seen elderly parents decline in health and fade away. I'm glad you have the new book to think of - and I wish you every success.

Lovely post. Sadness goes hand-in-hand with happiness. But the excellent thing is that you've got something to celebrate as well.

I'm so sorry for your loss, Gilli, but how lovely that your Mother-in-Law knew of your success before she died. Thinking of you. x

I am very grateful so many people have read the post and taken the time to comment. Thank you Julie, Angela, Isabelle, Liz and Jane. It's very kind of you.