You Make Your Own Luck. Really? What does it even mean?

It’s one of those glib statements that demands interrogation.


I regard myself as lucky. But I’m lucky in a general sense, not in the sense of winning life's jackpot.  I do live in the Cotswolds, but not in a manor house in the area favoured by Tory grandees. You won’t find my 'lovely home' splashed across the pages of a glossy Life Style mag. I don’t hobnob with celebrities.  There isn’t a Porsche in my garage, designer shoes in my wardrobe, nor do I holiday in the Caribbean.   But even as a child I was aware that I was more fortunate than many.  My best friend at primary school was a poor little waif whose father had TB, who lived on the council estate and who didn't pass the 11+.  I’ve no idea what happened to her, but if she transcended her background and the sink school she went on to, then she is a stronger, more determined and resilient character than I am.

I am lucky that I grew up in a secure and supportive middle-class family. I’m lucky because I’m intelligent, healthy and articulate. I'm lucky because I'm obstinate and persistent, and continued to pursue my dreams when other, less bloody-minded individuals, may well have given up.  I may be a bit obsessive compulsive but I am inherently cautious, and definitely don’t have an addictive personality. It has always been easy for me to avoid the temptations of drugs or gambling because I've never been desperate and not needed the escape from reality these activities offer.  But my resistance is nothing to do with strength of character - neither has the slightest appeal.

If I seem to have made the right choices in life, is it by design or is it accidental? How much personal credit can I take for the good fortune which has insulated me and my family from the harsher and more desolate outposts of life?

I used to attend a Friday morning life-drawing class.  Two of the male members of this relatively small group were millionaires.  A strange coincidence, but think about it.  A middle-aged man who has made his millions is able to indulge his pass-times during most people’s working week.  We were a sociable group, had a lot of fun and laughs together, and usually went to lunch en-masse afterwards. Inevitably, during this period in my life, the “You make your own luck” remark was made (probably more than once) by one or other of these men. And of course, it was solemnly agreed with by his fellow success-story.

I may have raised my eyebrows but I didn’t argue. I’m not sure I ever really knew what either of these chaps did to make their money, and I certainly couldn't challenge the claim that they had put in a lot of hard graft, had never stopped planning and scheming, had followed up every opportunity, and were alert to every half-chance as it floated within reach.  I believed them, but is it the whole story?

However much we might like to believe it, we are not born equal. Life is not a level playing field. Our personalities are not self-created.  We are not all extrovert, confident, able to sell ourselves.  And anyone who claims - often with an air of self-satisfied complacency - full responsibility for their good fortune is deluding himself.  It's tantamount to saying - “You losers!  You didn’t pull your socks up like I did. You were wilfully blind to the many chances life offers equally to everyone. It’s your own fault you’re not a multimillionaire like me!”

For every one person who has made it, whatever *it* is, there are ninety-nine who worked just as hard but for whom the door didn't open at the right moment.  Whose letters or emails arrived at the wrong desk. Who maybe encountered the right person but at an inconvenient moment. Who became tongue-tied when trying to explain their big ideas. Whose life tripped them up.

Here I include an excerpt from my book LIFE CLASS. It contains a reflection from one of the main characters, Dominic, on the statement I find so contentious. 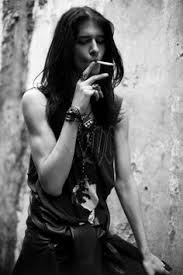 ....It was the mornings Dom didn’t like; the bleak, cold light of day creeping clammily over his shivering skin. He could have found a flophouse or a hostel, but he didn’t like them. You had to share with mad old men or bombed-out junkies, or worse, men who’d rape you and steal any money you might have earned. Why couldn’t they make those places cleaner and safer? Perhaps it was to discourage people from using them. To make them realise "Oh wow! I’ve just come to my senses. This is not a comfortable way to live!" As if anyone could just decide to stop being a drop-out and choose to be a banker and buy a Maserati and live in a penthouse!

According to Michael at life class, that’s all it did take. Dom had overheard him one day explaining his theories to the old woman, the one who wore the floaty clothes – Rachel. Dom couldn’t remember how Michael had put it exactly, but he’d got the gist. It was something like, picture the life you wanted, and then believe you’d get it. All right for him. He’d been lucky … only he wouldn’t admit it. Michael would say, "You make your own luck", whatever that meant. Dom liked Rachel. Even though she claimed to be a family friend, she had argued with Michael. Said he was complacent and right wing. Rachel said that what he thought he’d achieved by the power of positive thinking was actually just down to chance.

Though Dom hadn’t joined in the conversation, he’d agreed with her. It was like believing in God and thinking your prayers had been answered when one time in a million the right thing happened. There might be billions of people round the world ‘picturing’ as hard as anything, but never getting what they wanted. Only the few, the ones who’d have probably made it anyway because they knew the right people, would be able to say, "Look at me, you losers! All I had to do was believe in myself!" Anyway, Dom didn’t want a Maserati, or a penthouse. He just wanted to do art. And a family would be nice. But a proper family was the one thing he’d never have.

No one knew who his father was, least of all his waste-of-space mother. He’d asked her about it once, but she’d simply shrugged. He had to face it. His dad was one of many, though why anyone would have wanted to shag her, or paid for the privilege, he couldn’t imagine. And then there’d been the foster families, but they all made it clear he was a disappointment, that he wasn’t what they’d wanted. Well, that was all right. They weren’t what he wanted. Families weren’t just about rules and manners and doing what you were told, were they?

The nearest thing to a family he’d ever had was Stefan, but even he had expectations. Why couldn’t people just let you be? Why did they want to interfere, and tell you what you should and shouldn’t do? It was his life! If he wanted to live it sniffing glue and selling himself, it was up to him, wasn’t it?....