LIFE BITING BACK - the genesis of FLY OR FALL

Maybe I should write a book about winning the lottery!


“Where do you get your ideas from?” is a frequent question posed to writers. For me the simple answer is: I make stuff up. And then I ask myself : But what if...?
It’s more complicated than that, of course. Imagination on its own is never enough. My own experience informs and deepens my writing, and provides me with ideas and directions, but the finished story is never a word-for-word account of the life I’ve lived.
But when the stuff you did make up begins happening in ‘real life’, perhaps that’s when you should start to worry!

I was a fey, day-dreamy
child. I resisted letting go of fairy tales, Santa Claus and magic. Eventually I had to grow up - probably far later than many of my peers - but oddly, when I did, I felt I’d taken a longer step forward than they had. It wasn’t that I didn’t enjoy the teenage comics and romances my friends read, but I wasn’t an uncritical sponge. I took them with a large pinch of salt.


Perhaps I’m too much of a cynic, but the endlessly regurgitated tale of the hard-done-by heroine, whose extraordinary beauty goes unnoticed - even by herself - until the rich, handsome, toned, maybe a touch arrogant but otherwise impressive (and universally admired) hero, comes along and notices her, seemed a bit soppy to me. I was more drawn to the quirky hero's of the Edwardian writer, Ethel M Dell. Or - more worryingly - the old-lady-murdering hero of Dostoevsky's Crime & Punishment - Rodion Raskolnikov!

It's a good thing that these days there is far more variety in contemporary women’s fiction, but the parameters were far more rigid when I first seriously attempted to write a love story. To have any chance of my book being published I knew I should try to write a typical category romance. Knowing what you should do and accomplishing it, are two very different things, however. Once I’d begun ‘Just Before Dawn’ it took off, following its own, unconventional trajectory. I knew it wasn’t keeping within the rules but I was too excited following a story which seemed to know better than I did, where it was going.

Having almost immediately found a publisher for it, and feeling undeservedly complacent, I made no attempt to keep my second book - ‘Desires & Dreams’ - within the supposedly acceptable ‘romance’ guidelines. I was aware I’d been lucky, but not sufficiently aware just how lucky. In retrospect I can more clearly see how much of a fluke it was to have so quickly found a newly established publisher whose mission statement fitted what I was writing so perfectly. The publisher's demise hardly more than five years after their launch is an indication of just how difficult it was then to buck the system.

From then on, I struggled to find another publisher, in part perhaps because I was continuing to write stories which confronted the realities of contemporary life, good and bad, without flinching or looking away. Stories in which flawed characters face life’s inevitable hurdles - love, death, marriage, sex, parenthood, infidelity – not always doing the right thing but ultimately finding a way through the maze to peace and a credible, happy-for-now, ending.


Eventually abandoning my quest to find a publisher, I went independent and self-published TORN and LIFE CLASS. After receiving good reviews, I wished I had another book to bring out. Wait a minute! I did have another book! I’d begun it years before, it was the next book I planned to offer my original publisher. But at a stressful time of my life I'd abandoned it, even before my publisher folded.
The initial concept for FLY OR FALL came to me four years after we’d moved-house from South London into Surrey, a move instigated by me.  But what if I hadn't wanted to move.......?

What if a woman who dislikes change is persuaded - against her will - to move-house from Battersea in London to an area where she knows no one? And what if her mother has just died?  And what if the new house is old-fashioned and run down and in need of major modernisation....?

I'd had some experience of having work done on the house, but nothing too disruptive, and there'd been no untoward incidents to base a story around. It was then I had a very surprising conversation with a woman I knew slightly. I’d never been propositioned by a worker in my home but for her flirting (and, I inferred, much more) with builders, was a commonplace and welcome add-on to home improvements!  Dragging my eyebrows down from my hairline, I latched onto another idea.  Like me, my heroine, Nell, is not that kind of woman! She is very unlikely to respond positively to a pass from a stranger. But what if I put her in a house full of builders, and the man with the reputation as a local womaniser fails to make a pass at her? Would she feel relief or resentment?

At that time in my life I was working in the bar of a sports club for a few evenings a week. It struck me that my heroine might take a similar job which could expose her to an entirely different world to the one she’d left behind in ‘right on’, ‘politically correct’ Battersea. I still had no overall story, but all of these thoughts were rumbling around in my head in a lumpy, unconnected way, and I was laboriously writing them down, hoping that something would begin to gel.


Suddenly, everything in my life was turned upside down by the totally unexpected and early death of my much-loved mother. Despite this disturbing coincidence with my heroine’s life, I continued writing. It was an escape from the grief.  But very soon afterwards, my husband was head-hunted. The job was many miles away in Gloucestershire, and I found myself faced with the self same dilemma I’d confronted my heroine with!  I was in shock.  What was going on?  Instead of writing a story using my own life as a resource, my life had begun to mirror the story I was writing!  I was happy in Surrey.  My son was at school and I was putting down roots, forming a network, and I wasn’t at all sure I wanted to move ever again, let alone to a county neither my husband nor I had ever even set foot in. But it was a good opportunity and we made the joint decision to go for it.

I found myself living through many of the life events and emotions I’d only previously imagined, including the major  upheaval of building, electrical and plumbing work!  The unfinished untitled manuscript was put away.  So it was, that many years later, only when I wanted to add to the body of work I was independently publishing,  I decided to have another look at this book.  I immediately saw that it had potential; better still, the intervening years had healed the rawness of the bereavement and dislocation I’d felt, and I was able to look back on that period of my life more dispassionately.  My well of experience had, by this time, deepened considerably, giving me far more to draw on. And the perfect title jumped out at me. I updated and finished FLY OR FALL.

All three books are now available from Accent Press.

Becoming a Writer Was NOT a Foregone Conclusion. 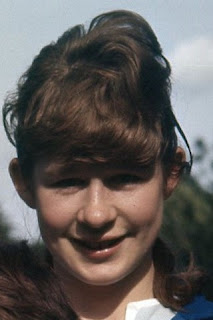 Despite writing all through my teenage years, I never took it, or myself, seriously. I was well aware I was writing rubbish. I’d managed to get into Grammar school but I wasn’t in the top set. If I received a B+ for an English essay I was pleased with myself, usually getting no better than a B or B- . I felt that I was intelligent, but I couldn’t prove it. I was too impatient, careless or lazy. (In recent years I’ve become convinced that I am on the dyslexia spectrum, something that was not even recognised at the time.) So, the fact that my hobby was to write (or, more precisely, to begin writing) romantic novels, did not mean I harboured ambitions to be an author. I knew I wasn’t clever enough. It meant only that writing answered a need in me, satisfying my pubescent cravings for love. After all, “Art” was where I was headed in life. My parents were convinced of it, I agreed with them. It was the only subject I was unarguably good at. And yet, and yet.......... 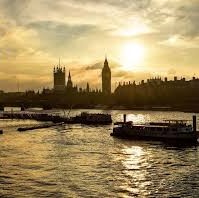 I have a vivid recollection of travelling home on a commuter train from Charing Cross, to my family home in Orpington, Kent. I was working at the time as a sales assistant in a department store. At the time I saw this as a short interlude between art-college and a “proper” job, but as time ticked by, and the number of West End stores I'd worked in multiplied, I became increasingly depressed. A situation not improved by the continuing desert of my  love-life.

The train crossed The Thames and I was struck by a stunning sunset over the Palace of Westminster. I stared and stared as we travelled through Waterloo and then London Bridge, where the rail track skims the roof-tops. I found myself trying to find a satisfactory way to describe the sky. And I wasn’t simply listing the colours I saw but trying to construct the most lucid and engaging form of words to precisely convey the scene. The way the blue of the sky grew watery, bleeding down to a luminous duck egg green, how the bruise dark clouds reared up, slashed horizontally where the light from the setting sun bled through in gouts of brilliant orange and scarlet. (I told you the memory was vivid!) But even as I stared, shuffling words and sentences in my head, I remember thinking that as a supposed artist I should be mentally selecting the paints with which I’d render the scene. Why was I trying to describe it in words? 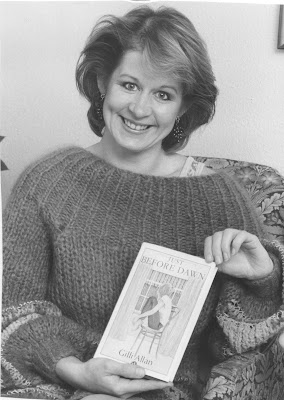 More than a decade and a half later I’d worked for years as an illustrator in advertising, I’d met and married my husband, I’d had our son Tom and he was in his fourth year. I began to wonder what I could do from home to earn money. Free-lance art work was a possibility, but with a toddler in tow it would be difficult. I did do some work in those early days of motherhood, but I postponed a real push to get back into commercial art until Tom was older. It was then the light bulb went on above my head and I made the decision that would alter my life. “I know what I’ll do now, I’ll write a novel.”
Posted by Gilli Allan at 5:13 AM 6 comments: