During the summer of my thirteenth year, I was knocked down by a Thames van right outside my house.  It was a serious accident. Apparently there was a lot of blood. But a police car happened to be cruising the area, and it came upon the scene just after it happened, and radioed it in.  I was carted off to hospital very swiftly and actually made a fairly speedy recovery (although I still blame my creaky knees on being hit by that van, and the dis-function of my thought processes is obviously due to undetected brain damage!).  But ever after, my family would tease me that it was that knock on my head that ‘turned me on’ to boys.  It’s certainly true that I’d not noticed Stuart Ollerenshaw, who lived a few houses up from us, or Richard Early, who lived near the bottom of the road opposite, until after the smash.  But I actually remember having an eye for a ‘good-looker’ for some years before my argument with the van.

I always say that Elvis Presley was before my time, much to the outrage of women only a few years older than me.  I have to explain what I mean.  Elvis was already a presence in pop culture when I began to take an interest in such things. Because of that, he somehow didn't belong to me. He was old hat. I discounted him. I didn’t even like Cliff Richard.  The way he sneered when he sang obscurely embarrassed me. 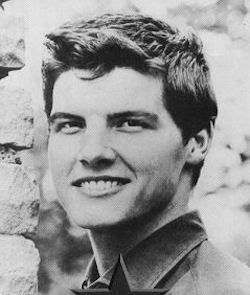 The pop star I did have eyes for was the wholesome Jess Conrad - dark-haired, chisel-jawed, and a wide, pearly and engaging smile.  It was just a pity he didn’t have much of a voice.
And, after watching The Guns of Navarone on a rainy afternoon on holiday in Cornwall, I fell for the American actor and singer, James Darren. These two were pinned up, side by side on the drop ceiling above my bed.  James Darren was also good looking, in a dark-haired, sculpted style. I eagerly bought his records, which I’d been unaware of until I spotted him in The Guns of Navarone. But the description gravelly hardly did justice to his singing.  You had to love the man first before you could love the voice. 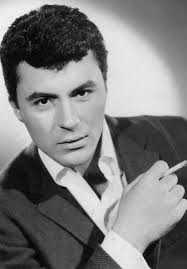 He wasn’t really a top of the tree pop star then, and it’s not altogether surprising he is not played much (or ever?) on Radio 2 now.
As a child, growing up, what most influenced my world was the television.  And what was on TV - morning, noon and night - swamping both channels? Cowboys!  I blame this blanket coverage for making me intolerant of watching a Western feature film now, no matter how many Oscars, or review stars it’s been awarded. I’ve had it with deserts and cactuses and buttes and saloons and tumble weed! I over-dosed years ago. 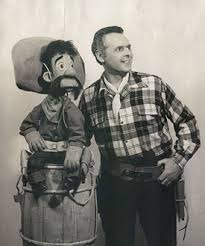 But in the days of my addiction I was in thrall to this world. I even had a ‘Hank’, a cowboy ventriloquist’s puppet with a big moustache. (Anyone else remember Hank ? He was on children’s TV, and the show was a mix of puppet and cartoon.) But I was never romantically interested in Hop along Cassidy, Roy Rogers, The LoneRanger or The Cisco Kid. The protagonists in these shows seemed old to me, and the ‘romance’ was in the world created and the eponymous heroes' weekly exploits, not in anything heart stirring. 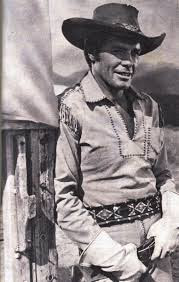 The first adult TV series I recall that did disturb strange feelings in me, was Wagon Train. In my view the hero of Wagon train, was the scout, Flint McCullough, played by Robert Horton, and if an episode didn’t revolve around Flint and his adventures (romantic and manly) I was always deeply disappointed. Looking at him now I can’t really get what I saw in him.  I guess my hormones were practising. 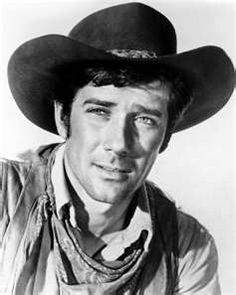 I definitely know what I saw in the dark, chisel-jawed Jess Harper, played by Robert Fuller, in Laramie.  I can still see it now. Looking back through the mists of my memory, I recall that Jess had a cohort in the story, but he was blonde and fat faced and therefore of no interest to me. Without Googling, I wouldn’t have remembered that he was Slim Sherman, played by the actor, John Smith. 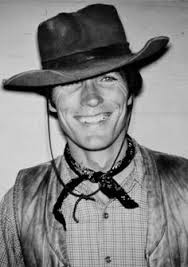 Rawhide was the next Western series that made an impression. For many years I claimed to have ‘discovered’ Clint Eastwood, who played Rowdy Yates, because in my family I was alone in my admiration. So when he went on to bigger and better things it was somehow down to me. There were many further ‘cowboy’ series, which we sat and absorbed uncritically as a family, and I am sure people will have their own favourites, but no matter how hard I tried (and I always did try) I could never conjure up the same enthusiasm for any of the characters in Bonanza, nor in any of the other similar Western formats. Not, that is, until Gunslinger. 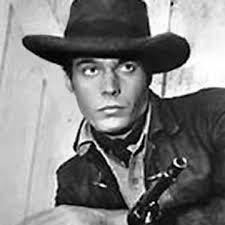 Gunslinger was a very short-lived show, much to my chagrin, and only one series was made, presumably because it was not so universally popular with the U.S. audience. Googling the show it seems it was considered darker, more nuanced and ambiguous - and that is probably why I loved it.  More importantly, I instantly fell for the reformed gunslinger of the title - the most chisel-jawed and moody of all my cowboy crushes. His name was Cord, played by Tony Young, and he “worked undercover for the local army garrison commander, to help keep peace in the territory”. All too soon, Gunslinger finished, and that was the end of my cowboy heroes.

It was only after the accident, and that knock on my head, that the Beatles appeared on the horizon. And with their arrival, the pubescent girl’s need for heroes to worship, really kicked-in hard and heavy. I could go on, listing the pop stars who floated my boat after the initial heat of my Beatles obsession died down a bit, but I won’t. All I will say is that I am still drawn to slim, dark men, with high cheek bones and a chiselled jaw (so it won’t surprise you to learn that George Harrison was my favourite Beatle). 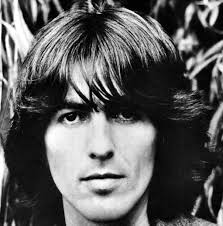 Now, in my maturity, I can appreciate, and write about, men with a variety of different attributes. After all, a handsome face isn’t everything. It’s far more important to love the man first, and then the way he looks - the precise shade of his light, reddish brown hair, the flecks of marmalade and green in his hazel eyes, his freckles - become beloved too.
But it’s been an interesting exercise to look back at all those heroes - a lot of them in cowboy hats - and recall with ease what I saw in them.

NB. There is another story to be told about one of the policeman in the car that came upon my childhood accident, but I’m saving that for another day.

My first crush was Sabu the elephant boy, then I moved on to the cowboys in the shape of Clint Walker, James Garner, Will Hutchins, Eric Fleming etc. And Hank? Well, even today, when myself and my brother are in a car together, we can't go more than a mile or two without a very loud rendition of 'I'm a Mexican Pete zee bandit. Tra la la la la la la la lala....'

Oh boo! You apparently remember Hank's show better than I do! I can't recall that song!
I don't remember Sabu the elephant boy at all. Gillix

My favourite western was Lancer - about a dad and his two estranged sons. And I still watch The High Chaparral on the cable channel. Lots of the old westerns have some very dedicated fans writing fanfic.

I think I changed my crush every few months, but I did have a thing about Bodie in The Professionals...not a cowboy, but definitely my hero at the time!

Thanks Liv. I don't recall Lancer, but if it was between 1968 and 1973 when I didn't have a TV, it's not surprising I missed it. I certainly thought Bodie was the most fanciable of The Professionals, but probably the worst actor! Gillix

Warren Beatty, how could any man be so perfect to look at until...James Stacy!?

After all the handsome television stars, who had a place in my heart, I had to take time to choose the best.

It would have to be Eric Fleming, and I never even had a crush on him as a child. It isn’t because he is the best looking or best actor or best singer.

It’s because of Eric Fleming as a person and the character he played. His biography melts my heart from start to end.