She was almost killed, now she writes novels...

Reposted from Magic of the Muses - Eileen Shuch:

Interview with Gilli by Gilli Allan


You know you're in a pandemic when your author friends interview themselves for your blog.

With the Covid19 crisis taking an emotional toll on me and robbing me of a good percentage of my stamina and sanity, my good friend Gilli Allan prodded me to help her promote her novel, Buried Treasure, re-released with a brand new cover.

Click here for my Amazon review of Buried Treasure 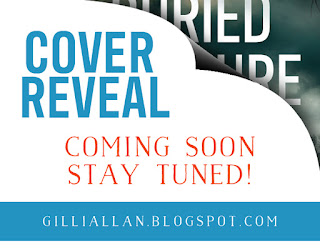 Feeling less than able myself to muster up an appropriate congratulatory blog, I let her go it alone. She's a great writer. I love her books. I love her attitude. Take a listen to what she wants to tell you, not about her book but about herself:


Gilli Allan: Thank you for the invitation to your blog.


When and where were you born?

Gilli: I’ll tell you the where but not the when.  Orpington, in Kent, in the United
Kingdom.


Where do you live now?

In Gloucestershire in the West of England, in an area known as the Cotswold Hills. But not the posh and sedate part, beloved of Tory grandees, but in a village near the far more counter-culture and alternative town of Stroud.


Have you ever been in a life or death situation? 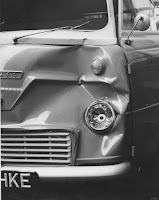 During the summer of my thirteenth year, I was crossing the road outside my house and was hit by a van.  It was a serious accident; I was thrown about fifteen feet and landed on my face, and apparently there was a lot of blood. Fortunately, I’ve never had any memory of it although still suffer from mild PTSD if I have any kind of a shock.

Luckily a police car happened to be cruising the area and alerted emergency services. I was carted off to hospital very swiftly and actually made a fairly swift recovery (although I still blame my creaky knees on being hit by that van, and the dis-function of my thought processes is obviously due to undetected brain damage!).


What is your favourite colour? 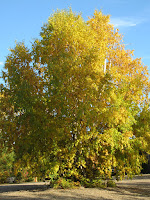 It’s got be yellow, the colour of sunshine, daffodils and baby chicks. When PVC was all the rage, I had a yellow oilskin (a proper sea-going garment).


You didn’t go to university.  Why not?

My performance at school was indifferent.
The only subject I was good at was art. (I have belatedly come to the conclusion that I’m dyslexic.  I can tick nearly all the pointers.) I left to go to art school at sixteen but dropped out after 2 years.


When did you first start writing?

I first decided to write a book when I was around ten, but the urge to create was soon blighted by the difficulty of dreaming-up a coherent story. I resurrected the hobby in my young teenage years and carried on writing – beginning but never finishing – a number of ‘books’.
I did it to please myself, never considering it a serious ambition.


What were you doing when the idea ‘to take writing seriously’ occurred to you?

I was doing the ironing, while listening to the radio. I had a three-year-old son, and was unenthusiastic about the idea of trying to resume work as an illustrator in advertising.  What else could I do that would enable me to
stay at home?  What else was I good at?
A radio programme came on about Mills and Boon, and the light bulb went on.


But you say you are unable to write a category romance, what do you mean?

I fully intended to try to write this kind of book but found I couldn’t do it. Once I’d put pen to paper the plot instantly took a very non-M&B direction. I am not dissing the genre, but in giving myself permission, as it were, to try writing seriously, I was instantly gripped by the magic and potential.  I
knew I HAD to finish the book that was unfolding before my eyes, whether or not it proved a commercial prospect.


How have you been coping in the Covid 19 emergency?

I am well aware of our good fortune. I can only imagine the desperation of those with young children who are financially insecure, and are forced to live cooped-up in a high-rise block!

I have always been pretty self-reliant and self-sufficient.  In the current bizarre situation, it probably helps that I don’t have grandchildren and not many close friends. All the people I am most deeply attached to live several hours drive away, so at the best of times, we don’t meet-up that often.  Living in London, my son and his wife are hyper-aware of hygiene, and are probably the most unlikely people to catch the virus.  I’d love to see them, of course, and also my best friend and my brother and sister and their partners, but life is what it is.  I don’t spend time fretting about what I can’t do.  I just
get on with what is possible.

Do you have strongly held spiritual beliefs?

I am fairly fatalistic about life. My accident is a case in point. Had the van been travelling faster, had I not been a fairly resilient, strong-boned individual, had the police car not been cruising the area, who knows? I have a code I live by which could broadly be described as Christian, but I am more political than religious. I don’t take my skepticism about the super-natural as far as Richard Dawkins.  His certainty about the materiality of life annoys me, as his position discounts many people’s mystical and paranormal
experiences. My own experience and that of members of my family, leads me to the sense (I wouldn’t put it as strongly as belief) that there is more to life
than meets the eye.


Have you achieved what you wanted to
achieve in life?

The trouble with ambitions is that they are either unreached or if they are, you don’t notice and fix your sights on something further off in the distance.

As a child I wanted to be rich and famous.  As art was the career I seemed to be heading for, a famous artist was the goal.

I then decided I wanted to go out with and ultimately marry a pop star.  Every girl at school would envy me. The fame would come vicariously.  Or I could be a famous fashion model.  I was forever pulling ‘the face’ in mirrors,
and wishing other people would see what I could see. Any flaws could be overcome by dieting, a growth spurt and good lighting.

When I decided to try my hand at writing seriously, the ambition was to be published.
That happened so quickly that my ambition instantly changed to becoming
a bestseller and going on chat shows.


I have reached a point in life where becoming famous would be a nuisance. I certainly don’t crave ‘things’; I am proud of re-using, up-cycling, and making-do and mending.  I have garments in my wardrobe that go back to my twenties!


Oh, I’ve just had a thought. A major movie deal would be nice! 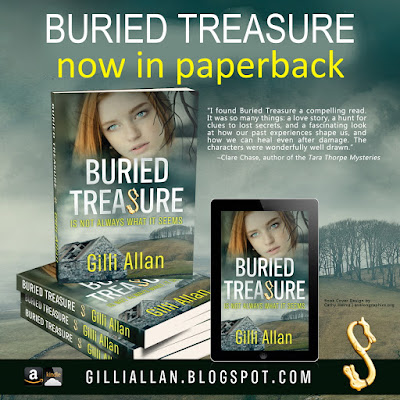 Find Gilli’s other books TORN, LIFE CLASS and FLY or FALL at