On the shelf above the computer, something to keep me motivated and inspired 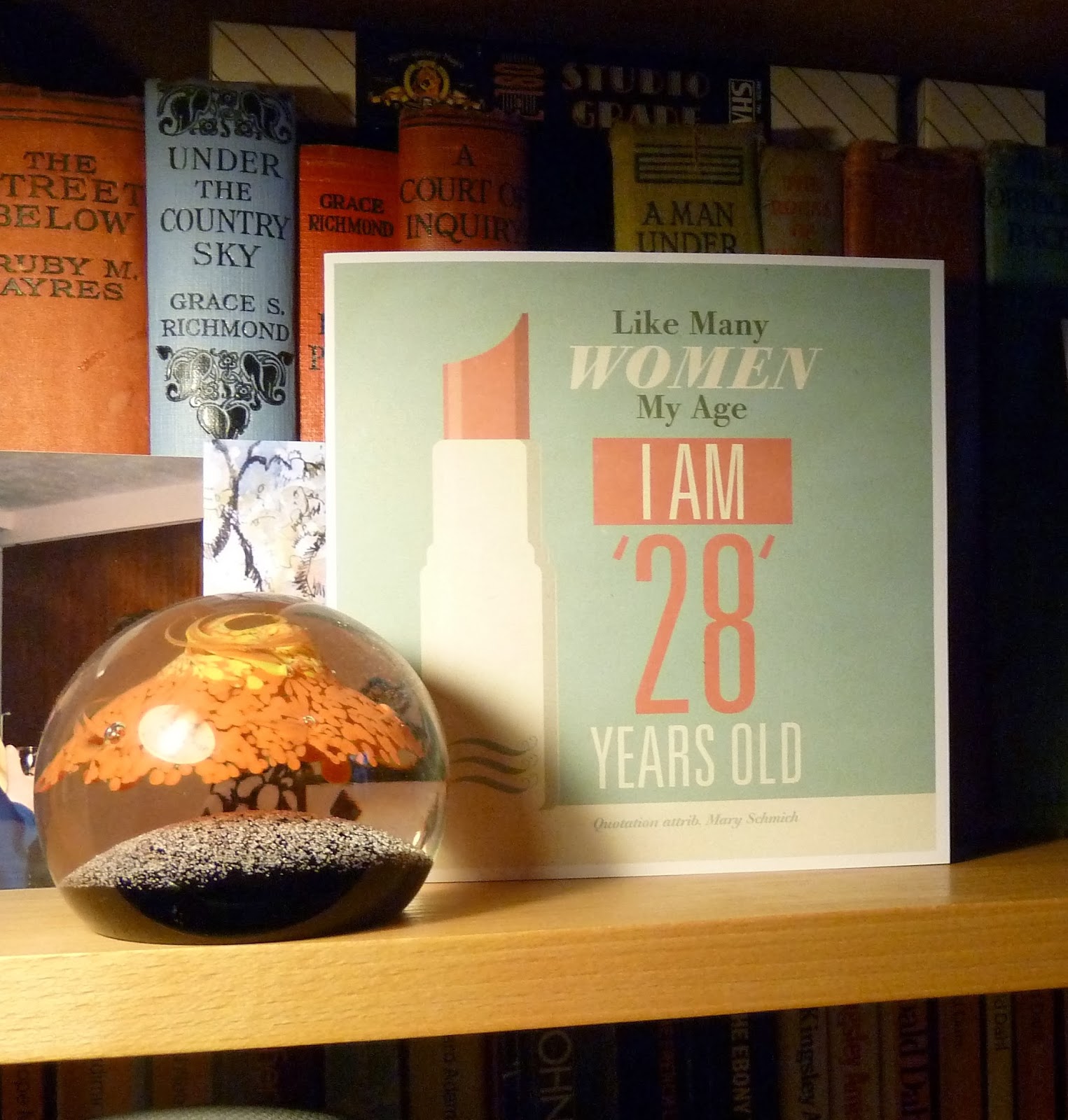 My thanks to Jenny Harper for inviting me to take part in the ‘My Writing Process’ blog tour. I will be trying to answer the following 4 questions: What am I working on? How does my work differ from others of its genre? Why do I write what I do? How does my writing process work?
On the 20th January, 3 other writers will be taking on the challenge and offering their own take on the same questions. Details at the bottom of this post.
At first sight of the questions, I admit I almost turned down the opportunity. I know I won’t be able to give concise or comprehensive answers.  So I will probably veer away from the point and try to distract you. Marks out of ten for how well you think I’ve done.

If only I knew.  For me, plots reveal themselves gradually, while I am actually in the process of writing a book. (The resolution to TORN came to me in a sudden flash, when I was within two chapters of the end.) Before I start I will have established the main characters, but only up to a point. I’ll have their sketchy back-stories, as well as the initial scenario in which they come together, but that’s all.  The only book I planned has never been published. Typically, I have to commit to writing a book while I still have only the faintest notion of where it’s going and how it’s all going to turn out.
This little trot around the houses is a diversion. I am not going to give you an overview of the untitled book I am due to start writing any minute, because I can’t. All I can tell you is that I am planning to write a culture clash novel.  In brief, Academia meets TOWIE or perhaps Time Team meets EducatingRita.

2)  How does my work differ from others of its genre?

It’s hard to be objective about your own work, isn’t it? Had I done Eng Lit at A level or University, I might be better able to deconstruct my books.  All I know is that the style of my writing IS different from that of other writers of ‘relationship/romantic’ fiction. I wish it wasn’t. I have always wanted to find another author I can compare myself to. It would have made life easier over the years.  Any suggestions welcome!
It is far simpler to tell you what my stories are not. They’re not comedies, though they have their light-hearted and humorous moments. They’re not chick-lit, although they are contemporary and typically about characters in their thirties. They’re not sagas; they don’t have large casts of characters, although family dynamics and parenthood often inform the plot.  And they are not ‘romance’ in a conventional sense, though I think they are ultimately, deeply romantic.  But I have taken on this challenge so I’ve got to try and describe what they ARE!
I’ve sometimes called my books ‘love stories for grown-ups’.  They face up to the complexities, messiness and absurdities in modern relationships.  Everybody has hopes, fears and disappointments. Everybody has a past, many have baggage.  I write about believable and complex people with flaws, preoccupations, problems and difficult relationships, who have to negotiate their way through a recognisable and sometimes uncomfortable world.  Life isn’t a fairy tale and love has consequences.
I am grateful to Lynnette Sofras (Manic Scribbler) for the following quote from her review of LIFE CLASS.
“What makes Gilli Allan's stories unique is their sense of honesty, of gritty realism mixed with a little twist of magic. They take me out of my comfort zone and make me face up to aspects of life it's usually easier to ignore.”

This is probably the hardest of all the questions to answer. There are writers who can turn their hand to any genre with equal enthusiasm and success.  But most of us, I suspect, have a particular bee in our bonnet that drives us to write what we write. Can you imagine KatieFforde suddenly inspired to write sci fi, or Anna Jacobs to write blood and guts urban thrillers?  But recognising this truth does not help me isolate why we are impelled to set off in the individual direction we choose.
Though I loved the Brontës, Austen and Heyer I’ve never felt the urge to write historicals. Though I now read thrillers and murder mysteries, I’ve not been tempted to delve into forensics or police procedures.  I used to enjoy J G Ballard’s early science fiction, but I’ve never been inspired to create my own dystopia. Mervyn Peake’s ‘Gormenghast’ trilogy is a favourite all-time read, but his fantasy world is so perfectly realised, anything I could dream up would only ever be a pale imitation.
When I was young it was the damaged hero who engaged me most powerfully. At some point, in every favourite TV programme or novel, the hero would be wounded. The handsome prince, the cowboy, the ‘Red Indian’ brave, the knight in armour brought low by their injuries, was a very intense and moving image for the pre-pubescent Gilli. 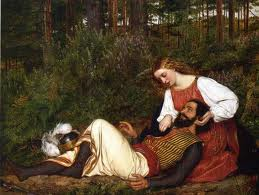 The heroine’s role in the story was always to minister to his wounds and ultimately to ‘save’ him.  When I started to write my own stories, they centred on wounded war heroes, leather-clad motor-cyclists injured in horrific accidents and drug-addicted pop-stars. As I grew older, I no longer needed a physically damaged hero; psychological torture was sufficient (which possibly explains my love for Dostoevsky’s ‘Crime and Punishment’, first read when I was fifteen).

Even though the books I’ve written as an adult far more closely reflect episodes I’ve witnessed, my own reflections on life and  personal experience (none more so than in FLY OR FALL), I can perceive this dark thread still running through the weave of my stories. I’m not interested in the good, the successful and the deserving.  My characters, male and female, need to be flawed, carrying with them the damage and burdens of past mistakes. And before the end of the story I’ll give them a bit more of the same. I’ve obviously got a sadistic streak!

4)   How does my writing process work? 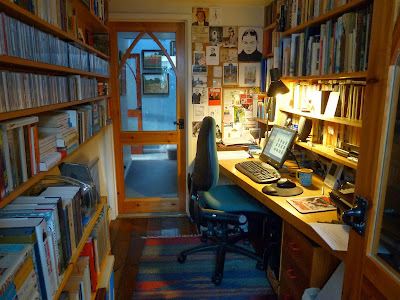 At last an easy-peasy question!  Two word answer. It doesn’t.

Perhaps I should explain.  I have no routine. No discipline.  I write when I am in the mood, until......
Beginning a new book is ghastly. There is always something else that is more urgent. Emails need answering, there’s shopping, ironing, cooking or gardening to do.  For me, being a ‘seat of the pants’ style of writer, the opening chapters of a new book compare unfavourably to a weary trudge through an impenetrable forest, in deep fog, with a sucking bog underfoot, but that is until.......
.......the story begins to come alive.  Once that has happened, writing down the story which is now unfolding rapidly in my imagination is totally compulsive. It is all I want to do. I have to find some routine and discipline for the rest of my life, otherwise there’d be nothing to eat and we’d be living in squalor.
I was once told that to be a writer you have to have an obsessive personality. I’m not sure if it’s true of everyone, but it’s certainly true of me.

I am grateful to Jenny Harper for this opportunity to waffle on about myself. I pass on the baton to three very different writers. Jo Lambert, Sandra Nachlinger and JennyTwist who will be answering the 4 questions in their own way, on the 20th of January.

Born and raised in rural Wiltshire, Jo has always been a country girl at heart.  Currently she lives on the eastern edge of Bath in a beautiful village set in an Area of Outstanding Natural Beauty. Here she has the best of both worlds - there is the city with its fabulous history and architecture and then there is her village where within minutes she can be walking in open countryside with fabulous views.  Landscape does inspire Jo and she tends to set her novels in villages, although her books are in no way cosy reads.  As a child she loved books and always wanted to write.  She started at an early age but only settled down to writing commercially ten years ago.
Jo is married, owns one small grey female feline called Mollie (although Jo rather thinks Mollie owns her!) and lives with her husband and Bridget his other woman, a 47 year old white MG Midget - a fairly happy ménage a trois!
http://jolambertwriter.wordpress.com

Born and raised in Dallas, Texas, Sandra has been writing one thing or another since childhood. She still has diaries from her school days, one of which inspired her first book I.O.U. SEX!
Besides Dallas, Sandra has lived in Irving and Beaumont, Texas; Miami, Florida; and now Washington State. She loves to travel and keep journals (written and photographic) of each trip. The most exciting and memorable place she’s been was the walk from Leon to Santiago de Compostela, Spain, with her daughter-in-law and her mother. A once-in-a-lifetime experience she will treasure always.
When not writing, Sandra  likes to make quilts, sew, garden, take photos, lunch with friends, do crafty things with her glue gun, and (like Granny in her upcoming release, BLUEBONNETS FOR ELLY) spend as much time as possible with her granddaughter.
http://sandranachlinger.blogspot.com

Jenny Twist was born in York and brought up in the West Yorkshire mill town of Heckmondwike, the eldest grandchild of a huge extended family.
She left school at fifteen and went to work in an asbestos factory. After working in various jobs, including bacon-packer and escapologist’s assistant (she was The Lovely Tanya), she returned to full-time education and did a BA in history at Manchester and post-graduate studies at Oxford. She stayed in Oxford working as a recruitment consultant for many years and it was there that she met and married her husband, Vic. In 2001 they retired and moved to Southern Spain where they live with their rather eccentric dog and cat.
Besides writing, she enjoys reading, knitting and attempting to do fiendishly difficult logic puzzles. She has written two novels -  Domingo’s Angel – a love story set in Franco’s Spain and harking back to the Spanish Civil War and beyond -  and  All in the Mind – a contemporary novel about an old woman who mysteriously begins to get younger.
She has also written an anthology of short stories - Take One At Bedtime – and co-written the anthology  Bedtime Shadows – with the inimitable Tara Fox Hall.  She has contributed short stories to many other anthologies, of which two – Doppelganger  and Uncle Vernon have recently been released as short ebooks.
Her first self-published ebook, Away With the Fairies was released in September 2012. Her second, Mantequero, was originally published in Winter Wonders by Whimsical Publishing and has just been released as a short ebook.
https://www.facebook.com/pages/Jenny-Twist-Author/291166404240446